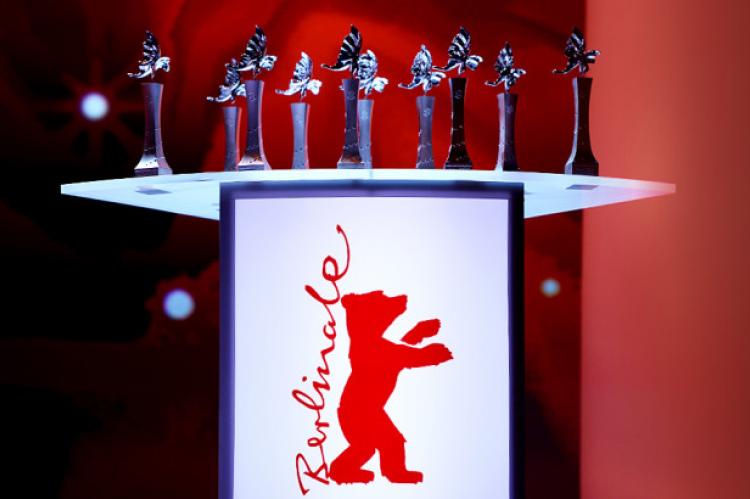 Platinum Vip Travel invites you for an unforgettable tour of the Berlin Film Festival (Berlinale)
which will be held on 02.05.2015 on 02.15.2015.
Berlin International Film Festival (German: Internationale Filmfestspiele Berlin, the Berlinale.) - An annual international film festival, held since 1951 in Germany. The main prize - "Golden Bear" (bear - heraldic symbol of Berlin). Held annually in February (but before 1978 was held in the summer), the first year of the festival - 1951.
Unlike the Cannes Film Festival, the Berlinale is focused on geopolitical progressive cinema. The jury paid particular attention to ensuring that in the festival program were presented films from around the world, including the countries of the former films "Eastern Bloc".
Premieres are held in the palace of the Berlinale.
During a visit to the Berlin Film Festival, you will visit the premiere films participating in the competition program of the festival. You will be able to communicate with the participants of the festival: directors, actors, producers. Visit World kinotusovki private parties. Also you will be able to see all the movies that will be screened as part of the EFM (European Film Market).
During our stay in Berlin, we will have with you a unique tour of cinematic places of Berlin. During his stay at the Berlinale you with a head dive into the unique atmosphere of the festival, breathe deeply Berlin frosty air and do not forget about the wonderful German beer. In addition, our company will remove a documentary about your stay in Berlin. Each participant of the tour DVD drive and Blue-ray disc with the movie for free.
Attention. Exclusive offer. Only PlatinimVipTravel. We suggest you purchase a feature film at the European Film Market, followed by the premiere of the film in Moscow. The proposal may be included in the tour price. The offer is valid when the number of tourists in the group at least 10 people.
And do not forget that you and I will be in Berlin during the celebration of Europe's Valentine's Day, which will give our stay at the festival an unforgettable romantic touch and it will be another gift to your loved ones.

Berlin International Film Festival is held annually in the month of February. Included in the top three on a par with Cannes and Venice. Every year it is visited by hundreds of thousands of visitors and professionals in the film industry all over the world, hundreds of feature films shown on the screens. On the red carpet, "Berlinale" celebrities show luxurious evening dresses from the world of haute couture houses. For the main prize of "Golden Bear" is here more than 60 years fighting the best of the best.
Platinum Vip Travel invites you to take part in a global event.
Features "Berlinale"
Berlin International Film Festival program differs from Cannes. The screen shows the author's cinema with geopolitical subtext of all countries of the world. "Golden Bear" is awarded for the best film, "Silver Bear" - for directing, music, acting, achievements in the arts and film. There are additional nominations and prizes. Many tourists specially come to Germany, to plunge into the wonderful atmosphere of a first-class movie, film premieres and luxurious life.
Despite the cool February program of events is enough rich. Movie premieres, private parties and the press conference of world celebrities - the minimum program. The Berlin Wall, the Brandenburg Gate, the Reichstag, museums and monuments, luxury shopping and world-class vacation - the maximum program.
It offers a different pricing policy and the level of service in the central areas and in the outskirts of Berlin, in the picturesque Brandenburg, Potsdam and Dresden. The situation with the reservation number is somewhat better than during the Cannes Film Festival. However, first-class offers are reserved long before February. Not only hotels, but also prestigious car class restaurants, night clubs and private parties.
Platinum Vip Travel - you deserve the best
Platinum Vip Travel offers visit the Berlin Film Festival and rest on the highest level. Do you dream to wear your perfect tuxedo, a fast ride through the streets of Berlin to the luxurious Aston Martin and get to the press conference the cast of "James Bond"? With us everything is possible.
We will reserve for you the best accommodation in luxury hotels, where stop celebrities and wealthy people. Dreaming of independence and privacy? We rent a prestigious house for you, providing all the necessary services. In the short term we will select proposals in accordance with your wishes. You only need to leave the application and to express their own wishes to the service.
Your choice of vehicles, including boats and yachts, private jets and exclusive cars. Catalog delight customers, demanding first-class service and luxurious surroundings. Leave a request and we will select a few decent offers you.
Platinum Vip Travel will provide you with tickets and invitations to the opening and closing ceremonies, premieres and private parties at Berlin Film Festival. You want to buy a movie? Why not.
We guarantee an exclusive holiday. You just have to take care of the perfect tuxedo and a luxurious evening dress.