Home /An unforgettable holiday in Disneyland

An unforgettable holiday in Disneyland 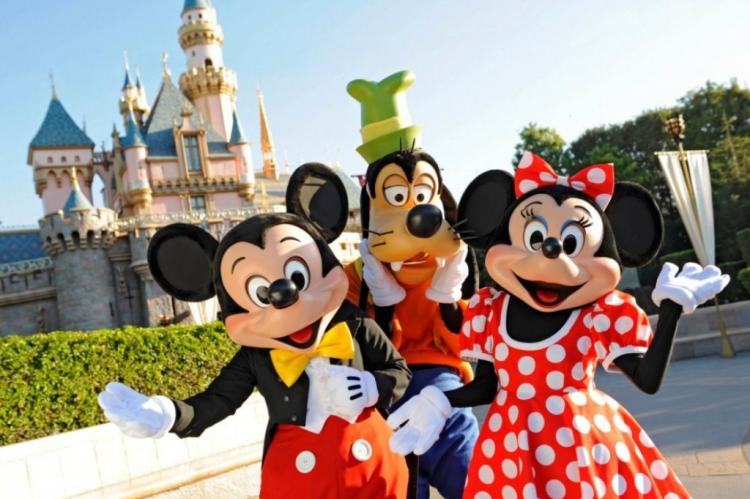 Vacation in Disneyland will appeal to both children and their parents. Infrastructure is a huge entertainment Park is planned so that the enjoyment is found for all categories of visitors. Everyone can ride the thrilling rides, take a photo with your favorite cartoon character, to eat the world's best ice cream and buy some Souvenirs from Walt Disney.
The tour of the world of Walt Disney
Disneyland opened in France in 1992. It is often called Paris, which is not quite correct, because the Park is situated in the small town of Marne-La-Vallee in a 45-minute drive from the capital. Disneyland is very popular and is annually visited by millions of tourists. Especially favourite attractions among visitors are considered to be a dizzying roller coaster ride in the style of "pirates of the Caribbean".
The Park occupies a vast territory in 1943 hectares, divided into separate areas — the amusement Park Disneyland park and the Park cartoon Studio Walt Disney Studios, DisneyVillage village with shops, restaurants and cafes, picturesque Golf course, business and residential quarters, hotels. In turn Disneylandpark consists of 5 theme parks.
Park "land of adventure" is a real pirate ships, mysterious Islands of adventure with a complex labyrinth, a refuge of Robinson Crusoe, built on the tree. Theme Park will surely appeal to boys and girls who love pirate stories. Don't miss the hill Indiana Jones, "dead loop" which ways to catch breath not only young children but also their parents.
Park "Border country" has incorporated all the things that we love in the Wild West. On the streets flaunt a dashing cowboys, painted and dressed in the skins of the Buffalo Indians. There are rides for "real men" firing weapons, traveling on boats, dizzying roller coasters and a real haunted House.
Park "Main street USA" is a real street in the style of the early twentieth century, along which there are dozens of souvenir shops, cozy cafes and restaurants. The road starts from the entrance to Disneyland and goes right to the castle of Sleeping beauty, from which you can easily reach any point amusement Park. Along the main street marching parades, with her launch into the sky hundreds of colorful fireworks. Located near the present station, from the platform which offers cozy train on a circular scenic route around Disneyland. Taking a train ticket, you can ride around the Park without missing anything interesting.
Park "Country discoveries" — the dream of the child who enjoys the works of Jules Verne. This part of the amusement Park built under the influence of science fiction of the nineteenth century. The rides here are appropriate — kart track with fast cars, a carousel with jet rockets, a flight simulator on a spaceship and thematic roller coaster.
Park "fantasy land" is designed for the youngest visitors of the Disneyland. All attractions are made on the subjects of fairy tales and cartoons — "Snow white and the seven dwarfs", "the little Mermaid", "Alice in Wonderland" etc. Are theatrical performances for children.
How to organize a trip
Who can make You happier, not as Your own child? Especially in those moments when he is unrestrained enjoys life, laughing and having fun. Doesn't he deserve the best present in my life — adventures with your favorite cartoon characters, rides and the most delicious ice cream in the world?
But the trip to Disneyland requires no less careful preparation than a vacation on the Cote d'azur or a ski resort in France. The Park is very popular, especially during the summer school holidays. Rooms in hotels are occupied, from the rides attracted long queues, to theater performances not overcrowded. However, the difficulties are not a reason to abandon the holiday! Just charge it the organization of the employees of Platinum Vip Travel.
Still have questions? Call us to find out more about holidays at Disneyland.